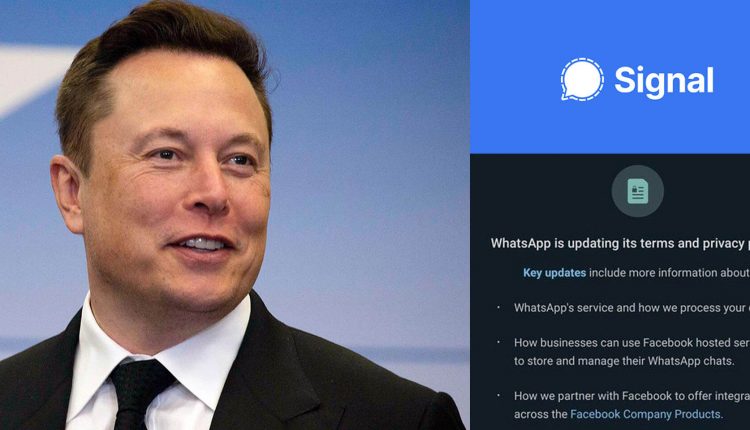 Elon Musk vs Faceboook: Across the world, people have received the updated terms of service and privacy policy of Facebook-owned WhatsApp. According to these changes, the instant messaging platform would be required to share more data with Facebook. What’s more is that in order to continue using WhatsApp after February 8, 2021, users would have to accept these changes, leaving them with no other choice. Now, serial tech entrepreneur Elon Musk has tweeted a simple post as his solution – use Signal. Musk’s disagreements with Mark Zuckerberg-founded company are no secret, and earlier on Thursday, he had even posted an image on domino effect on Twitter, suggesting that the violence that took place at the Washington-based US Capitol was the responsibility of Facebook. Musk was telling users to move to an alternative instant messaging platform called Signal, a messaging app that focuses on user privacy. The platform is popular and is extensively used by several types of users including academics, journalists, privacy researchers as well as security experts. An open source platform, Signal also offers end-to-end encryption like WhatsApp.

Still, Musk, who has now surpassed Jeff Bezos to become the richest man in the world, did not name Facebook or WhatsApp in the tweet, leaving it open to interpretation and speculation as to whether it was even meant as an alternative to the social media giant’s messaging app, or just a random well-timed suggestion to his 41.6 million followers on the microblogging site.