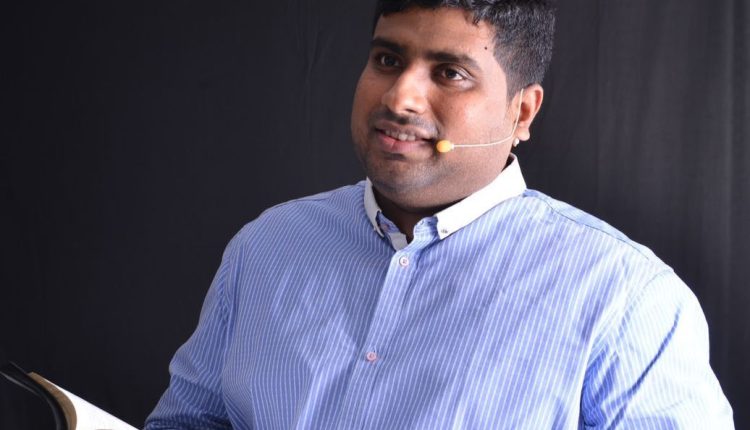 Sharjah: Rev. Gladson V. Karottu is appointed as the First Education Director of the Church of God UAE. The National Overseer Rev. Dr. K. O. Mathew announced his appointment as the Director of Education at the National General Council meeting held yesterday to review its work and then handed over the appointment order directly.
United Arab Emirates is the prominent region of the Middle East with the largest number of COG churches and servants of God ministering in the region. The Church of God UAE has grown tremendously under the leadership of Rev. Dr. K. O. Mathew since he took up the office over a decade ago. It grew from a limited church operation to a joint venture of congregations with services held in more than ten languages across all the emirates. ATA accredited institution – Gilgal Biblical Seminary which is also an internationally recognized COG institution (Grade Level IV, USA) is the pride of the Church of God in the Middle East.

After resigning his job with the Royal Bank of Scotland, he dedicated himself to full-time evangelism and worked as a missionary in various states of North India.

Pastor Gladson is currently heading the office of the Dean of Students Affairs at Gilgal Biblical Seminary. In addition to theological studies in Master of Theology and Master of Divinity, he holds Bachelor’s and Master’s degree in Secular Business Administration and is currently a Research Scholar (Ph.D) in Counselling Psychology (UGC). After resigning his job with the Royal Bank of Scotland, he dedicated himself to full-time evangelism and worked as a missionary in various states of North India. Since his involvement in pastoral ministry under Church of God in India Kerala State, he has been gaining prominence as a revivalist and a biblical teacher, across the globe. As an ordained Bishop of the Church of God, he is currently ministering to the Churches in Fujairah and Abu Dhabi (Mussafah), in addition to the church – Emirates Christian Fellowship in Sharjah and Ras Al Khaimah. His father Pastor K. V. Varghese is a senior pastor in Church of God Kerala State. He is blessed with a wonderful family, Mrs Jigi S. Matthew his better half and 2 kids: Master Johan G. Karottu and Baby. Geona G. Karottu.