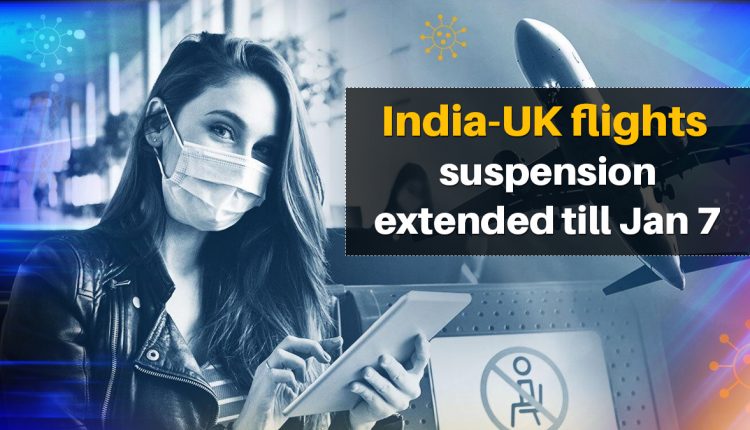 The government of India on 22nd December suspends all flights between India and the UK due to the spread of the new coronavirus strain. Civil Aviation Minister, Hardeep Singh Puri on Wednesday said that commercial flights between India and UK (United Kingdom) will remain suspended till January 7, 2021. On Tuesday, Puri hinted that there might be an extension on flights between India and UK beyond December 31. “Decision has been taken to extend the temporary suspension of flights to & from the UK till 7 January 2021. Thereafter strictly regulated resumption will take place for which details will be announced shortly,” said Hardeep Singh Puri in a social media post. India has reported over 20 cases of a new strain of Coronavirus, all peoples who found positive for the new variant of Covid-19 have returned to India from the UK.The Ministry of Civil Aviation (MoCA) had directed all airports that all passengers returning from the UK would have to be tested upon arrival.So far, Over 40 countries have imposed restrictions on travel to the United Kingdom and the new coronavirus strain has been found in Denmark, the Netherlands, Australia, Italy, India, Sweden, France, Spain, Switzerland, Germany, Canada, Japan, Lebanon, and Singapore.