Gitanjali Rao, was selected as the Kid of the Year

The 15-year-old was selected from a field of more than 5,000 nominees. 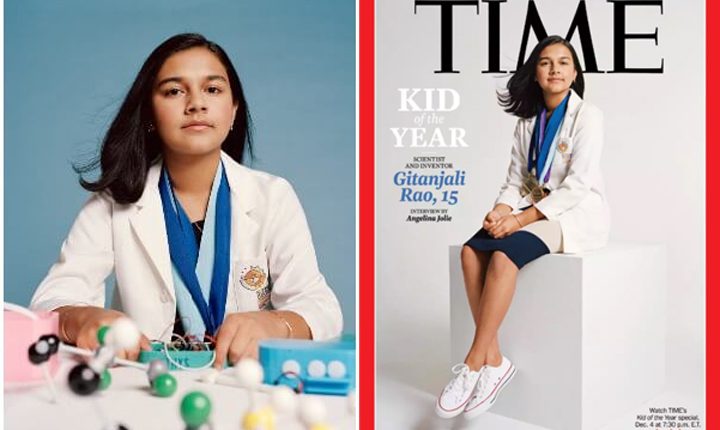 Ms. Rao, 15, was selected from a field of more than 5,000 nominees as TIME’s first-ever Kid of the Year. Indian-American Gitanjali Rao, a “brilliant” young scientist and inventor, has been named by TIME magazine as the first-ever ‘Kid of the Year’ “The world belongs to those who shape it. And however uncertain that world may feel at a given moment, the reassuring reality seems to be that each new generation produces more of what these kids have already achieved. She spoke about her astonishing work using technology to tackle issues ranging from contaminated drinking water to opioid addiction and cyberbullying, and about her mission to create a global community of young innovators to solve problems the world over.

Everything I see on TV is that it’s an older, usually white man as a scientist. It’s weird to me that it was almost like people had assigned roles, regarding like their gender, their age, the colour of their skin. My goal has really shifted not only from creating my own devices to solve the world’s problems, but inspiring others to do the same as well. Because, from personal experience, it’s not easy when you don’t see anyone else like you. So I really want to put out that message: If I can do it, you can do it, and anyone can do it,” she said.