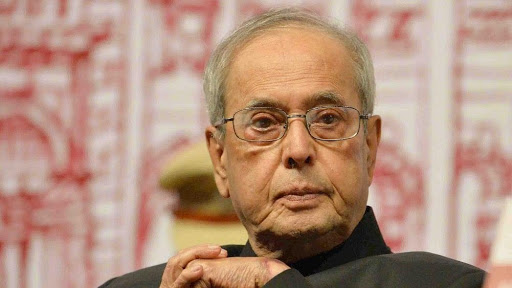 0 370
Share
“With a heavy heart, this is to inform you that my father Shri #PranabMukherjee has just passed away in spite of the best efforts of Doctors of RR Hospital & prayers, duas, and prarthanas from people throughout India! I thank all of You,” tweeted Abhijit Mukherjee on Monday.
India’s Prime Minister Narendra Modi tweeted a tribute, saying the country grieved the former president’s passing.
Related Posts

“He has left an indelible mark on the development trajectory of our nation. A scholar par excellence, a towering statesman, he was admired across the political spectrum and by all sections of society,” Modi wrote.
The Prime Minister praised Mukherjee’s “long-lasting contributions in key economic and strategic ministries” in another tweet.
“He was an outstanding Parliamentarian, always well-prepared, extremely articulate as well as witty.”
India’s government announced seven days of mourning in response to the news of Mukherjee’s death. Flags will be flown at half-mast, and there will be no official entertainment, it said in a press release.